I’ve been attracted to the universe since I was a kid as far as I can remember. I loved it so much when my father told me a story about the sun, the moon, the stars, the planet, and so on. When the night came I liked to sit in the terrace front of my house enjoying the night sky. While I was staring at the moon my mind would be filled with lots of imagination of the universe. I could sit there for ages just by looked at the night sky. My big dreams are to have a telescope and laying in the field every night so I could observe the sky every day, LOL. I just adore it so much!

Anyway today I wanted to show my best pictures of the universe that I’ve taken so far. When I said my best that means according to my own standard based on my ability and not to compare it with anyone. I took these pictures in March 2012 using my Kodak Easy Share C713, the only equipment of photography that I have. So obviously do not expect that I would come with good pictures like a professional has.

According to the article of Best Venus-Jupiter conjunction in years in mid-March 2012, the Venus and Jupiter would be seen very close together in the mid-March 2012. And so the picture below I took it on 13th March 2012 at night around 7 pm.

I took these pictures below two days in a row, 24th and 25th March 2012, just after sunset. An article from Jodrell Bank Center for Astrophysics‘ website, The Night Sky March 2012, says that on 25th March 2012 we would see the crescent moon, Jupiter, and Venus. 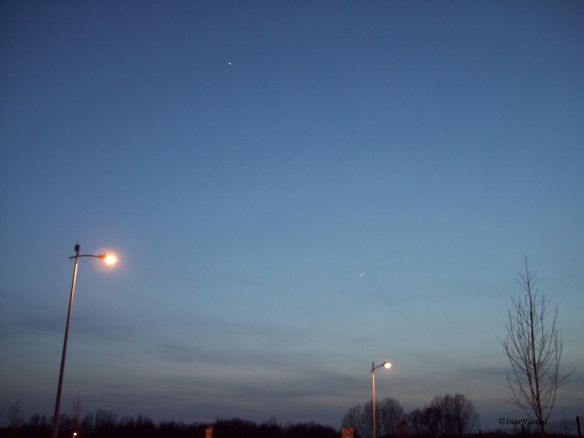 Venus, Jupiter, and the crescent moon in the distance on 24th March 2012 though the Jupiter is hardly to be seen in this picture. 😀 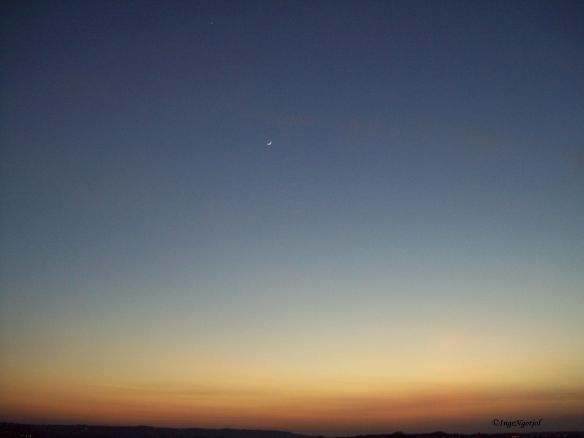 The crescent moon and the Venus while Jupiter cannot be seen in this picture.

My crescent moon during sunset

About an hour later…

The crescent moon, Jupiter, and Venus are more visible in this picture. 😀 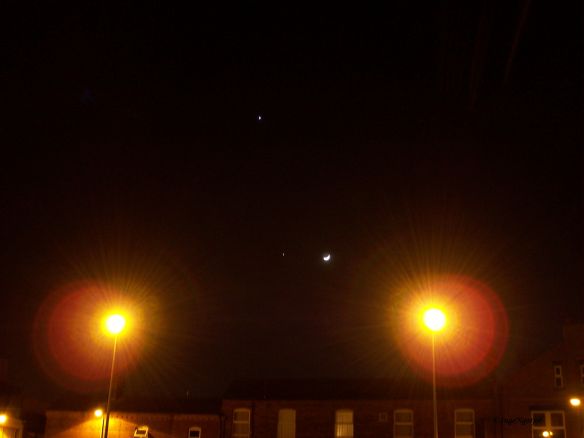 Another shoot trying to capture the crescent moon and the planets

Hope everybody enjoys it. 😀

13 thoughts on “My Photojurnalism: The Crescent Moon, Jupiter, and Venus, in March 2012”

Thanks in advance either for having left a reply or liked my post :) Cancel reply