Growth. That’s the theme of Weekly Photo Challenge for this week.

I didn’t know what to post for this week theme until I got my best picture of my beloved cat just yesterday! I’ve been taking photos of my 16 months-old cat but never got his best posed! It’s not because he keeps moving when I take his photos unless he fall asleep, but I think he’s a camera-shy, LOL. His name is Budi, an Indonesian name. I love him and his mom to bits.

My Budi was observing the birds

I used to didn’t like a cat, any cats, and never thought in a million years to pet any. It’s strange enough to think how my love to them is growing day by day ever since I got them. It’s even more strange when I look back at the time when I was deciding which one of my two kittens, Budi and his brother Owen, to be given away. Budi wasn’t close enough to me compared to Owen. He always looked scare and timid. He would run away every time I tried to hold him. It was totally opposite to Owen that was very friendly and easy going. 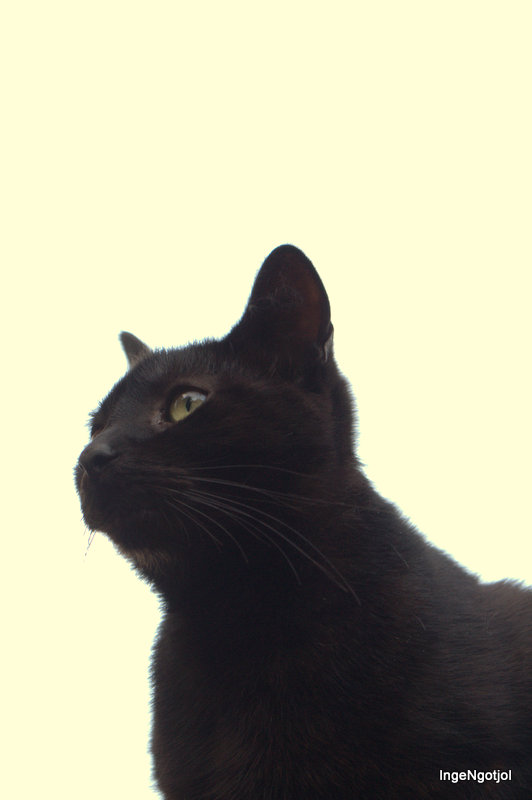 My initial plan was to keep Owen with me and giving Budi away to anyone who looked for a pet because I thought Budi and I were not bound to be together due to his behaviour at the time. No point to keep him if he didn’t like me. At the same time I felt sorry for him if he had to go. I was worried whether he could get on with his new owner and surroundings since he always run away every time some friends came to my place. I was totally in a dilemma. I had some discussions with some friends about which one I should kept. When finally I had decided to keep Owen instead of Budi then a weird thing happened! Soon after I said to my friend on the phone that I would keep Owen, Budi jumped straight away to my lap and sat there quietly and let me stroked him for the first time ever! I felt like he was telling and begging me to not giving him away to anybody! It really was a strong feeling at that time.

That is why he is living with me now. We are growing to love and trust each other more and more, day by day. He is my little boy. Budi and his mom, Kitty mama, have changed my perception about cats, the ones that I used to didn’t like it…

Budi and Kitty Mama. What a copy cat!

We are so meant to be, guys…

Thanks in advance either for having left a reply or liked my post :) Cancel reply